Cheap SMS providers are ideal for these customers with over 99% reliability and with most messages delivered within a one minute period.

Compare the cheap SMS providers in UK on the Comparison site below. 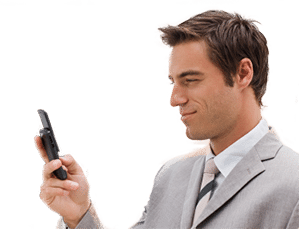 Based on a thorough SMS comparison of reputable cheap SMS providers in UK, the best value cheap provider was found to be WholesaleSMS followed closely by  ClickSend. Both offer:

Wholesale SMS is a relatively new player in the British market although it’s believed to be run by the owners of MessageMedia which is one of the countries largest premium SMS providers. The provider started in 2014. The biggest drawback of Wholesale SMS is that credits only last for 12 months.

ClickSend is a cloud based SMS organisation focusing on sending and receiving SMS platform, email & voice services. They have operated in UK since 2006.

If you’re looking for a package between 20,000 to 100,000 SMS’s you may want to consider SMS Global or SMS Broadcast. Their rates for this range is cheaper than Wholesale SMS and unlike Wholesale SMS there is no credit expiry. The only issue found was that if you need a virtual number there is a monthly charge.

There are two types of SMS telecommunication networks in UK. The first is premium networks which are the major British telco’s in which the SMS providers send text messages through these networks but pay a premium per SMS to ensure that customers receive the SMS almost instantaneously (within a few seconds) with near 100% reliability. The best example of UK’s major users of premium SMS providers (that exclusively use premium networks) are the banks who all use SMS for services such as internet banking which requires the service to be secure, instantaneous and reliable.

Most businesses don’t have the requirements that banks or similar enterprises possess. Their requirements range for SMS Marketing, SMS reminders to Bulk SMS services. In these cases its important the their SMS notifications are received by the user without a delay. It can be shown that such distribution which take a few seconds rather than minutes is to be viewed as acceptable. These business should consider a cheap SMS provider such as those above based simply on price. It’s also worth noting that premium SMS providers often will not deal with customers who distribute SMS in small monthly quantities.

Cheap SMS providers use ‘grey’ or hybrid telecommunication networks which usually means telco networks come from overseas and have a lower lower tier level than the British networks. Sending an SMS from an overseas network to UK is surprisingly reliable with the only real downside being the delivery time which in most cases is less than 15 minutes (due to the distance it needs to travel). Reporting from these providers is often on par with premium networks and can show delivering statistics, response rates, etc.

When comparing pricing schedule from a cheap SMS provider, you need to look at all their major features, conditions of service, gateway carrier, reliability and customer care available for their service. As you will see in the SMS comparison table, they vary. A cheap SMS provider will offer a reduced charge or rate on the provision that the volume of text messages is significant. The larger the mass the cheaper the charge per SMS. Also, it should be noted that the charges are dependent on the number of messages for each month so those companies who do send a large volume of SMS each month have a cheaper rate. Take the example of WholesaleSMS that does not provide a charge for low numbers but with numbers in excess of 100000 SMS per month, their charge is much cheaper for a SMS. This is cheap compared to SMS Tech that charge 35% more for an SMS based on a monthly turn around. When comparing cheap sms pricing for lower volumes of text messages, the charges go up by around 10% to 20% for lower distribution numbers. The only provider with little variation between small distributions to large distribution volumes is SMS Tech.

Cheap SMS providers are ideal for large to medium size companies who require over 99% assurance that most of their text messages will be  delivered within a short period of time, which is less than one minute. In the review of pricing of a number of reputable and reliable Cheap SMS Providers, it was found, in general, that ClickSend and Wholesale SMS offered the cheapest rates for different range of bulk distribution of text messages. This was followed by companies such as BurstSMS, Message Bird, and SMS Solutions. All these cheap SMS providers ranged in pricing by 10 to 20% in the charge for sending out an individual text message. Many of these cheap SMS providers aimed at attracting the large to medium size companies rather than smaller organisations. However, they do not necessarily eliminate these smaller organisations as there are pricing schedules for them. It should be noted that pricing can change without notification, so please review pricing structure on individual websites.

With a company wanting to engage a cheap SMS provider, you should require reassurance that the pricing schedule will not change once you engage the company and that they reliability of distribution will be as initially offered. Most British companies who want to use cheap SMS providers realize that a cheaper type of service is more aimed at non critical and non-time sensitive message distribution to customers. The importance factor is that the pricing, features and customer service availability is still of a high quality. Clients want to have as part of their SMS service, the support system present should a system fail and have a delivery reporting system to gauge the effectiveness of the SMS distribution, whether it is for a campaign or an important message needing attention. A number of British companies used cheap SMS providers as they are competitive to other overseas SMS providers and offer the same range of services as overseas competitors.

About this cheap SMS comparison

SMS Comparison is run by experts who have worked within the SMS industry and understand how confusing it can be comparing SMS providers in UK. They are independent of the SMS providers and have focused on comparing the the most reputable companies who deliver to British mobiles. While over 10 mobile providers were found and compared in the original SMS comparison chart, most were removed either due to noncompetitive pricing or poor reliability, two factors that are critical for any British business.

You can compare SMS providers for free on any of the tables provided on the site without any commitment to join. The website receives a referral fee only if the providers is listed. The information was collected using the providers websites content and their policy disclosure documents. As no automation is used and all content is manually collected and analysed there are possibility that the SMS providers may have updated their products or change their prices without notice. As such, this website is indicative and should be used only as a guide. Once you click through to a SMS provider’s website it is recommended that you download the product information first before you purchase the product.